We have been learning about money in my IELC classroom of year 4/5s. In this time I have observed that some of my students have been finding it difficult to add money amounts. I have been trying to think of ways to develop this skill in a variety of fun and engaging ways.

Yesterday in the money resource box I found laminated cards which had single values written on them. I also found some dice that have little whiteboard squares on each side of the dice to write values (5c, 10c, 20c, 50c, $1, $2) on them. If you had coin dice, it would be easier as the whiteboard marks do wipe off during the game.

In groups of 4-5, each student had a piece of scrap paper and pencil to record their amounts. They were given a card with a value on it by the banker (me). Taking turns they roll the dice and if the rolled value is less than the value on their card, they recorded it and had another roll. The idea is to continue rolling, recording the value, adding the amounts without going over their target value. If they rolled over their target value, the dice was then passed to the next person. Once they had made the exact value shown on their card, they received another card from the banker. The winner was the one who had collected the most cards. 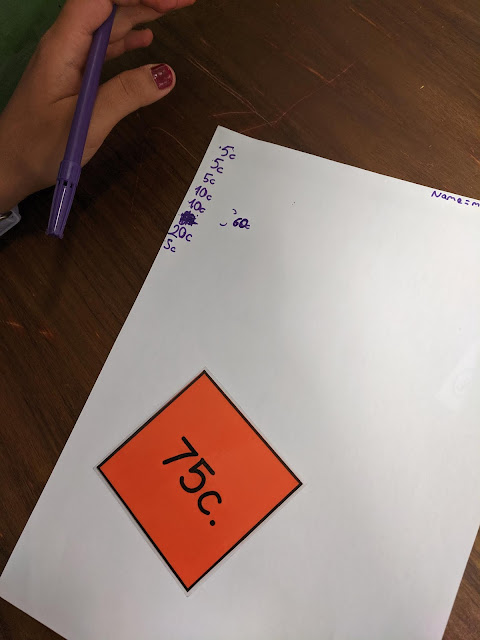 If you were talking about change, then you could alter the game to have students roll the dice and if the value is higher than the value on their card, calculate the change/additional money to put towards their next card/target value.
No comments:

Transport: Inside and Outside

As part of our learning about Transport, we read a book, which unfortunately I am struggling to remember the name of. I will share the title if I ever come across it again. It was the inspiration for the activity that followed.

Students were asked to choose a mode of transport and draw it on an A5 piece of paper. They then cut it out and traced around it. On the second drawing, they were asked to draw the inside of the vehicle. 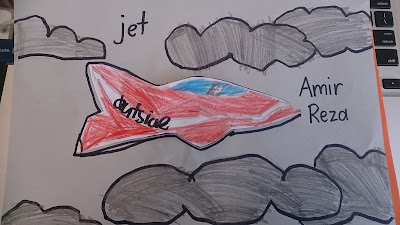 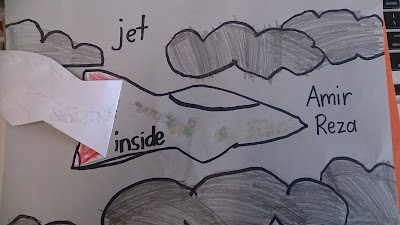 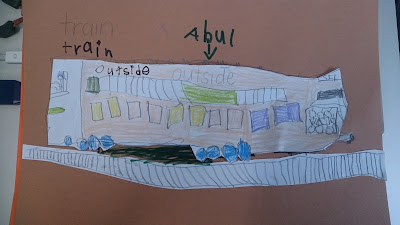 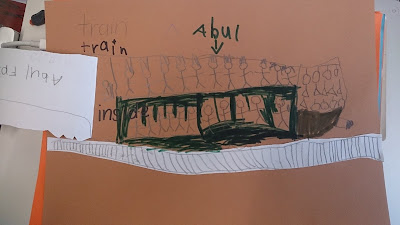 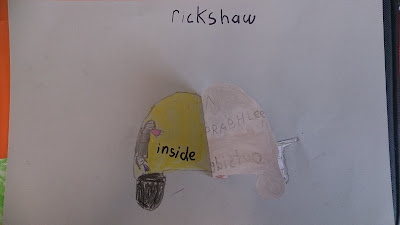 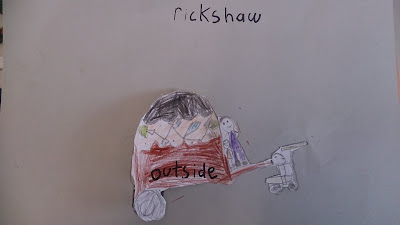 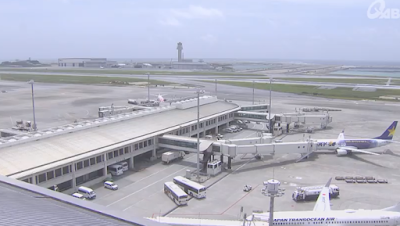 I have been sorting through this blog and came across a post on Airport webcams back in 2012. I tested the links and to my disappointment, they are not in operation anymore. I had another search and found the ones below. My little toddler loves planes ever since he was old enough to realise his nanna's place was on a flight path. He loved watching these.

If lucky enough, you have a good network at school and might be able to check some of these out as part of your learning. Check world times, as what you might be looking at during a school day is a black night.

Some Airlive links have limited access unless you become a member, however there are still some great cams that are free to view.

Naha Airport, Okinawa, JAPAN (YouTube link. Really great quality, with sound)
Follow it up with this YouTube video shot out of an aeroplane window landing at Naha Airport.

Found these little wooden insects when I was sorting out left over craft resources. They are perfect for my students to practice counting and ordering the letters of the alphabet. I like to find interesting ways for them to do this and one way is to use unique objects to write on. 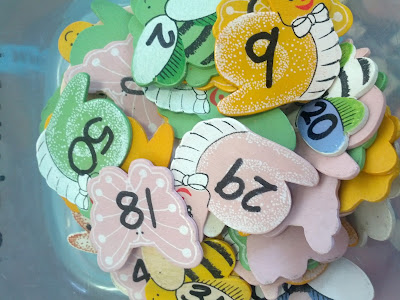 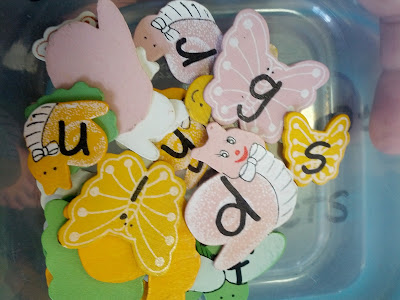 I was once the teacher in a classroom that seemed to have a lot of conflict. Students consistently displayed negative behaviour towards others and could not solve problems in a positive way. This meant I had to try extremely hard to create a more positive classroom environment and explicitly teach social skills.


The focus in the following activity, was on ensuring children felt good about themselves and that they could also identify characteristics in others that are admirable. I began with asking a student to stand sideways in front of the whiteboard and trace around their head. Students were then asked to say something positive about that child. I asked that students try to identify something about their personality, temperament or behaviour, not focus on their looks. Many times they began with saying, 'She has nice shoes' or 'She's pretty'. While we all know we enjoy hearing these things, the aim of this was to ask students to recognise and verbalise feelings about their peer or qualities they appreciate. Afterwards, the focus student decorated their picture with a friend if they liked. 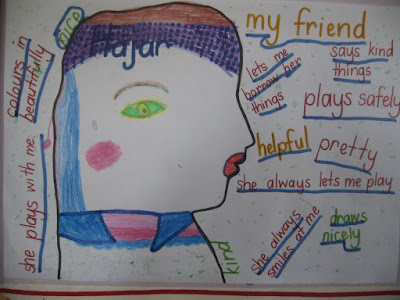 I was recently shown this website by a friend of mine who had printed off  a USA Jigsaw Puzzle and Haunted Houses. They looked fantastic once she had laminated them. I took a look at the site myself and fell in love. 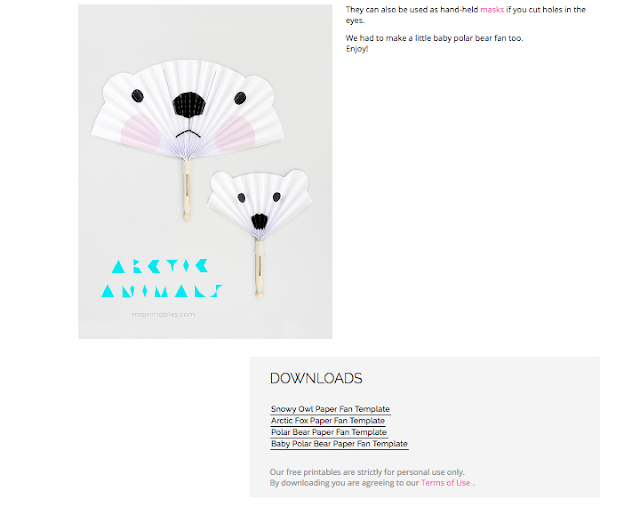 The site is extremely easy to use and well worth taking a look. Click here to go to Mr Printables.
No comments:

'Upcycling' in the Studio

At the beginning of the year, I had a beautiful net from Ikea that hung down around my reading area and looked really cosy. By the end of the year it had holes in it, texta marks and someone had tied some wool through the little holes in the net. I still couldn't let it go though and gathered the net, tying it up to hide the holes. I finally decided last term that I needed to do something about it. It could have something to do with being pregnant and nesting at home just isn't enough but I decided that I couldn't throw the whole thing out, instead opting to find a new use. I cut all the netting off and added some lines of string. It is now an additional place to display children's learning. 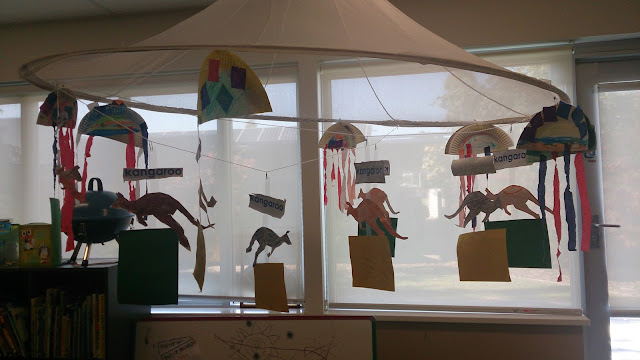 For those who don't know, I am aiming for Term 3 to improve the way in which I implement summative assessment each term. One of the ways I am doing this is by storing all my assessment charts in one folder. If you want to read the first post about it and download my other charts, you can see it here. 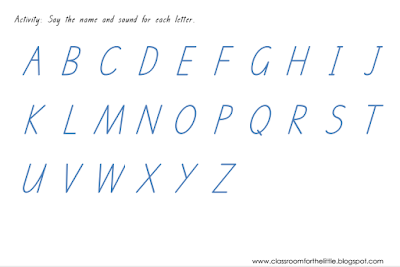 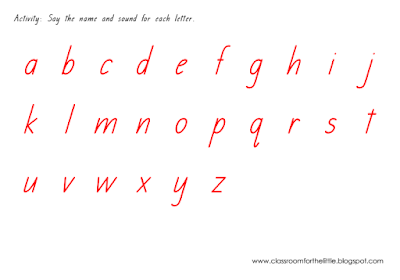 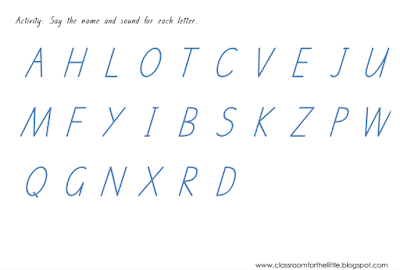 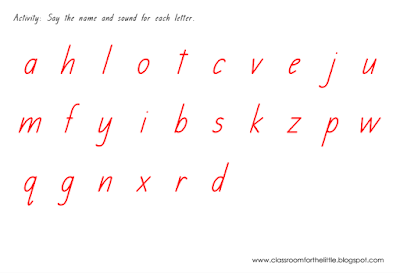 Wow, has it really been that long since I last posted? This term has been so hectic and I guess finding time out from that has been difficult. I did think I would share some of the things I have been doing. My focus this term has been assessment and a way of managing this with our two classes, which is over 40 students. If you are not familiar with the Intensive English Language Program, each term we are asked to assess each student using a large rubric type document. One for literacy and one for numeracy. Our assessment includes observational, diagnostic, formative and summative. We aim for authentic assessment and my school particularly encourages the inquiry approach. Having said that, there are basic skills that we need to document each term that might not be covered by our inquiry and so we needed to find a way to assess these efficiently.

I started to make assessment charts that are stored in a folder, so when I have a moment, I can individually assess a learner. The 'Possible activities' all link to an outcome in the assessment rubric. These are not sheets that I use for recording. There will be more made so keep and eye out, but the following are available for you to download for use in your classroom. 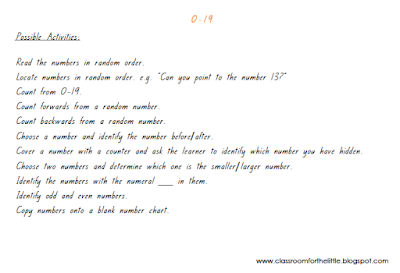 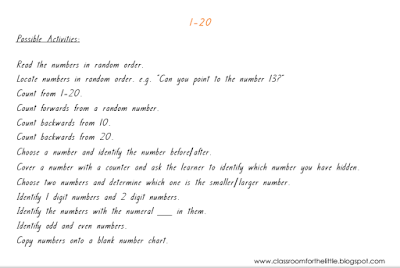 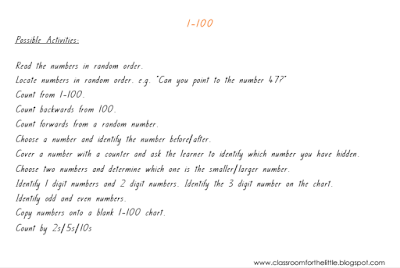 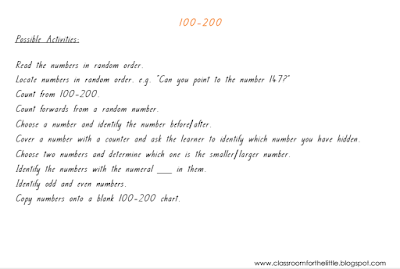 Colours. This was one I didn't think I would have to make but it was very difficult to find any colour charts that did not have the name of the colour printed next to it. 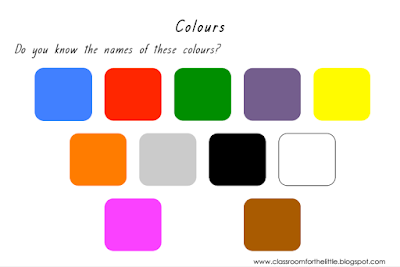 Email ThisBlogThis!Share to TwitterShare to FacebookShare to Pinterest
Labels: Assessment

One of the suggestions during my Natural Maths training was that as a studio (class) we keep a journal of our numeracy lessons. I have actually found that this works really well with my learners and acts as a quick revision at the start of the each lesson, as we look at what we did the previous lesson. I will be the first to admit, it is just another task that has to be done daily and there are times where I struggle to keep it up to date. I started out making each page quite elaborate last year and it just wasn't sustainable. This year I have simplified the structure with a couple of photos and quick explanation. Sometimes I will glue the photos on and as a group we construct the explanation together. 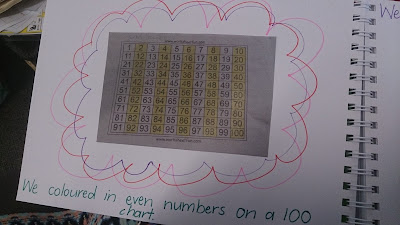 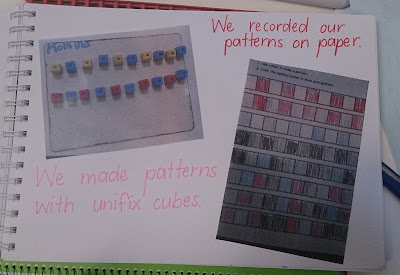 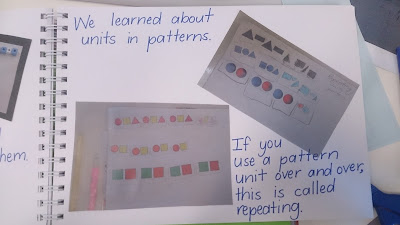 Themes for your Classroom

Classroom For The Little

Promote your Page too